Lippy presents his “Favorite Tequilas of 2011” in a special guest appearance at the ToutSuite Social Club.  Will your Tequila Whisperer find his “tequila legs” in an unfamiliar environment, or will he drown in a sea of runaway conversation?  Watch and see!

Lippy started the tasting with one of his favorite blancos from the 2011 season of “Whisperer” shows: Milagro Select Barrel Reserve blanco.  This Milagro blanco was a winning favorite.  It brings a thick slather of supple pepper (oxymoron?) and heavy vanilla notes to the flavor party.  Your Tequila Whisperer is not exactly sure how Milagro gets vanilla tastes from an unaged spirit, but kudos to the team at Milagro for creating an interesting triple-distilled blanco that rewards continual sipping.

Marko Karakasevic showed up and brought some samples of his Charbay tequila blanco to set the stage for the reposado to come.  Both Charbay and Excellia are created at Carlos Camarena’s “La Altena” highlands distillery, but the Karakasevic family (13 generations of Master Distillers!) had a very hands-on approach to making their blanco their way down at NOM 1139.  Charbay blanco is a delightfully easy blanco to sip, and features perhaps the most balanced and nuanced blanco currently created at La Altena.  Got a friend who is eager to try some great gourmet tequila, but is skittish about “the burn”?  Set them up with Charbay and watch the grin grow wide and strong.

Th’ Lip is always talking about how difficult it is to make a great reposado tequila.  Many repos seem to be simply stopped because their legal aging time is reached (they can only be aged for 364 days) regardless of how the tequila actually tastes.  Has it reached an expression which is markedly singular and commands its own flavor properties and quirks? Then it its time to bottle.  Happily, Carlos Camarena’s Excellia defines a great reposado.  The interplay between the herbaceous highlands blanco is married to some superior barrel-blending of Gran Cru Sauternes and Brandy barrels.  The sweet bottom notes of this barrel blend is a taste signature for Excellia and plays exceptionally well with the rich agave notes of the blanco.  This reposado is an absolute pleasure from top to bottom!

Lippy was very excited to be able to present the just-released t1 “Estelar” anejo, aged 20 months in Scotch barrels.  T1 is the newest tequila brand from Master Distiller, German Gonzalez of the mighty Chinaco brand.  German and his family have a long history of creating magic by aging their tequilas to feature interesting taste profiles with long finishes –while always protecting the agave notes within the mix.  Estelar does not disappoint in this regard, and the Scotch notes present a wonderfully “dry” taste and finish for this anejo.  Perhaps the driest anejo your Tequila Whisperer has ever tasted!  Lippy found himself taking this anejo along with him to the after party at St. Helena’s new “La Condesa” gourmet Mexican restaurant (with a fabulous TEQUILA bar selection).  Needless to say, the bottle was drained “tout de suite”!

The evening was brought to a crescendo when Th’Lip pulled out the Big Gun: Crotalo 5 year Extra Anejo “Reserva”.  Lippy is always looking for a chance to sip him some “Snake” (crotalo means “rattlesnake” in Spanish) and he was extra pleased the tasting group found this XA to be an especially singular tequila.  What is quite amazing about Crotalo is the interplay between sweet and dry, smooth and spiky, bottom richness and top note brightness.  It’s all here in a wonderful orgy of exciting flavors.  Crotalo is a great new brand for aficionados, by aficionados.  Look for it in California and Nevada (other States coming soon) and of course online.  All ages are worthy and delicious.

So that’s the wrap-up, Friends.  Thanks for your continued support of the Tequila Whisperer Show.  Your interest has made a big difference in the gourmet tequila world.  The industry is listening to your voice and your preferences.  You are helping to shape the next generation of tequilas – and you’re doing it all by sitting back and sipping along with Th’ Lip! Is there a more delicious way to make a difference? Doubtful. 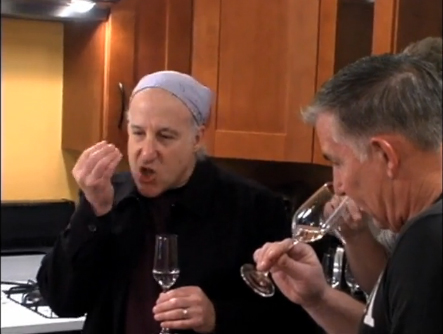