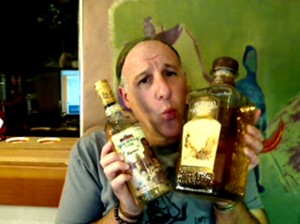 How long can one King reign, friends?  In this harrowing taste-off our YEAR-LONG CHAMPION, El Ultimo Agave goes head to head with upstart challenger, Hacienda Vieja.  Lately the EUA repo has been annoying Th’ Lip with its over-oaked spiciness.  How will it fare against a brand with some great credibility? (Hacienda Vieja is made by the same family who originally distilled the mighty Cazadores brand!)

This battle was won quite handily by El Ultimo Agave.  The Hacienda Viejo had a strange, “distant” feature to its taste profile.  It seemed that all of the interest and complexity lay in the distant reaches – high above the palate(!)  There were nice tastes of mint intermingled with lesser pleasing notes of acetone and a sort of sour “curl” at the end.  Combine these elements with the strange trick of having all of those tastes taking place in the upper 40% of the palate spectrum and you have 60% of missed opportunity.  This repo DID have a spicy and long-lasting finish (surprisingly) but what it took to get there was both confusing and frustrating.

El Ultimo Agave reposado on the other hand remains a solid bargain bottle.  For approximately $15 it brings a solid platform of sweet oak (if over-oaked a bit) with big notes of clove and star anise.  It’s saving grace amid this wash of thick, ham-handed flavors is its central AGAVE core which comes through pealing like a courtyard bell in a Mexican plaza at 5:00 A.M.  Challengers beware- this is your WAKE-UP CALL! 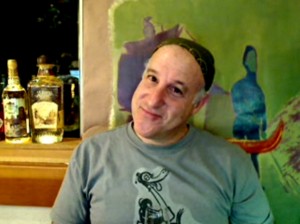 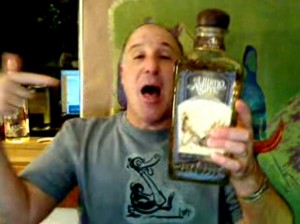