You say you’re looking for a bargain tequila brand that won’t break your bank (wallet) but won’t leave your palate busted, either?  Then look no further, fearless Tequila Taster!  Th’ Lip has searched far and wide to bring you some worthy agave juice for UNDER $10.00!

Introducing Agavales tequila!  Here’s a completely worthy pair of blanco and reposado (no anejo) that will be just dandy in a cocktail, and certainly worthy as a slightly less-complex sipper during those long nights in front of the tube or computer! 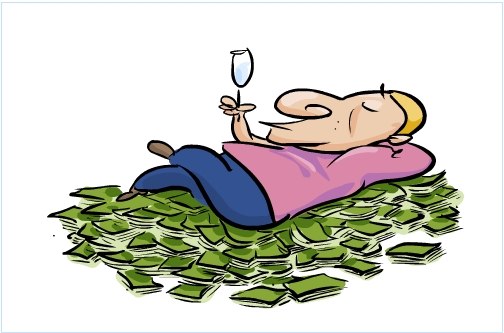 Agavales is a surprisingly tasty and sweet ride through the agave fields of both highlands and lowlands.  Though created specifically for use as a “well brand” (read: cheap & anonymous) for bars and clubs, this juice surprised Lippy with its balanced bounty of flavors.  The blanco was a bright and peppery agave-soaked tingle that had big notes of bight mint, menthol and spice in its liquid load.  Though the main taste structure was quite thin in the mouth, the loudness of the spices made up for the lack of complexity.  The reposado introduced planks of unsophisticated oak on the nose, but this gave way to some very nicely spiced vanilla and coconut flavors along with a thick slather of butter atop it all.  Though the reposado will not have the complicated family of flavors to keep your interest over a long session of sipping, the price and the surprising balance of flavors will definitely have you coming back for more in both Margaritas and solo sipping sessions.

FLAVOR Profiles for AGAVALES REPOSADO (out of a possible 4 points) 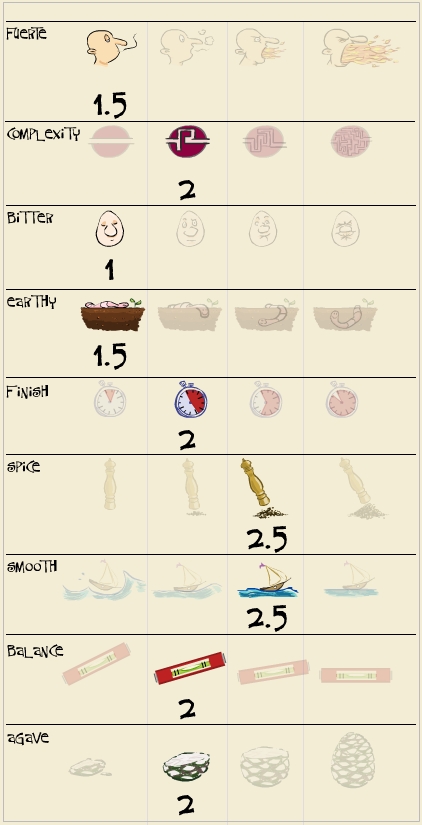