Break out the Hats & Hooters, friends!  It’s the big, “100th Episode Anniversary Party” and Th’ Lip is tasting only the best extra anejo tequilas over (way over) $100.00! Join Lippy, “Senior”, and “Front Row Chris”, for an Extra Anejo Extravaganza clocking in at an Epic 2 hours!  Can you HANDLE it?

Lippy celebrates his 100th episode (2 years’ worth of weekly shows!) with some great in-house Guests, and some KILLER extra anejo tequilas!  Your Tequila Whisperer also gives away a signed copy of his forthcoming hardcover book, “The Art of the Tequila Whisperer” to one lucky Fan in the Chatroom.  This starts an ORGY of giving as brand owners also watching along generously start to donate bottles of their most rare tequilas to other Fans drawn at random by Lippy and “Senior” Rick. Damn! You HAD to be there.  But if you couldn’t make it, watching this classic anniversary episode will be the next best thing.  Here’s to the next 100 shows! SalUd, – LIP 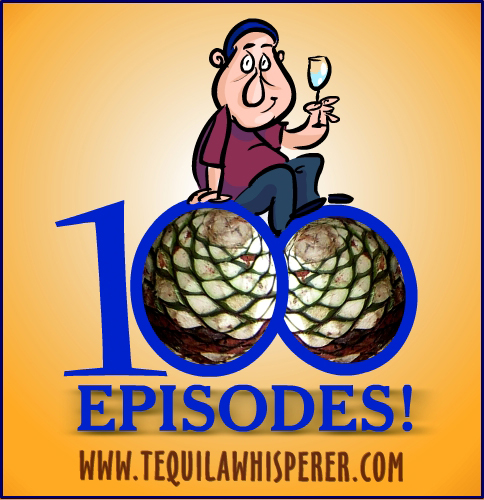 Check out some of the GREATEST HITS pictures from this episode on the Tequila Whisperer Facebook Page!